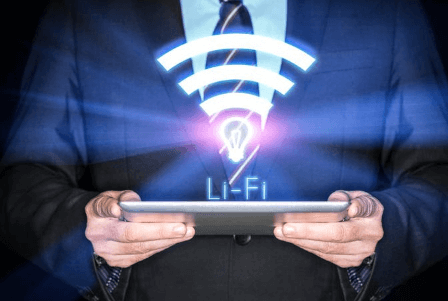 Li-Fi, A new Fast Technology As Compare To Wi-Fi

The latest innovations in internet access should be warmly welcomed by everyone. The successor to the ubiquitous Wi-Fi that is used today is being developed, and it goes by the name LI-Fi. This new technology will make internet access 100 times faster than what Wi-Fi currently offers. According to the researchers, the maximum speed achievable in real-world access is 1 Gbps, meaning you’ll never be disappointed when streaming videos or downloading large files. A high-definition video can be downloaded in a matter of seconds, even by you. Read More

Velmenni is the firm behind Li-Fi

Apparently, Velmenni is the firm behind the research, and they plan to commercialise the technology soon, as reported by IBTimes UK. Businesses, factories, and research facilities in Estonia have all implemented the technology. The locations were selected because they have advanced computer infrastructures suitable for the lightning-fast speeds of the internet. Learn More

To send data, Li-Fi uses LED lights that can turn on and off in nanoseconds, which is imperceptible to the human eye. In 2011, a new method of connecting to the internet was developed. The internet speed technology can be accessed in the lab at a mind-blowing speed of up to 224 Gbps.

However, there are some drawbacks to Li-Fi lightning-fast’s internet speed.

If the internet signal is blocked by a wall, you can’t access the internet. In spite of physical barriers, we are aware that WiFi technology is still available. Internet signals from LED lights cannot travel through walls. This theoretical constraint on internet access technology’s reach has important practical implications. However, the external sniffing potential of this technology is much less, making it safer than Wi-Fi.

When weighing the benefits and drawbacks, Li-Fi technology is best suited for use in connected home appliances. Future smart homes will incorporate this technology into the LED lightbulbs, giving them a dual purpose of lighting the space and connecting residents to the internet.

However, Velmeni isn’t the only provider of Li-Fi internet access to its customers. Harald Haas, the technology’s inventor, isn’t the only one who benefits from it; pureLiFi and Oledcomm are also on board. In order to facilitate the installation of Li-Fi networks, businesses offer early adopters. These users can then provide their friends, family, and coworkers with lightning-fast internet access in their homes and workplaces. The device can get speeds of up to 10 Mbps from PureLiFi. To what extent, then, will you be connected to the web?