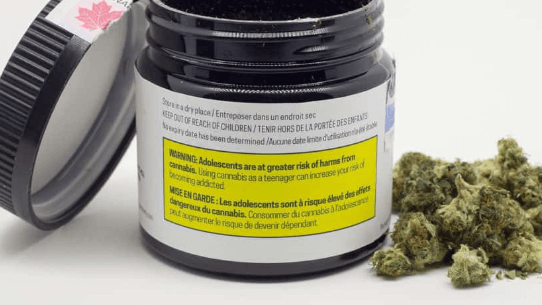 What Is The Average Price Of Weed In Canada?

As marijuana becomes more widely accepted around the world, you might be curious to know what the average price of weed is in Canada. We’ve done the research for you so that you can get a better understanding of the market and how much you should be paying for your cannabis. Read on to find out more about the cost of cannabis in Canada!

When discussing the average price of weed in Canada, it’s important to keep in mind that prices can vary significantly depending on where you are and the places you source them such as Cannabis Dispensary Canada. Prices for cannabis can range from as low as $5 per gram all the way up to $20 or more. Factors like location, quality, and availability all play a role in determining the cost of cannabis. For example, cities with higher costs of living tend to have more expensive marijuana than smaller towns or rural areas. Additionally, premium strains of cannabis often cost more than regular varieties. Lastly, the availability of marijuana products will impact the price, as the demand for these products can cause prices to increase.

Overall, Canadians should expect to pay anywhere from $8-$14 per gram for good quality weed. This number may be slightly higher or lower depending on where you are located and what type of product you’re looking for. Keep in mind that edibles and other cannabis-based products also have their own prices which may not necessarily reflect those found for flower alone. Ultimately, it pays to shop around and compare prices before making a purchase so that you can get the best deal on your cannabis needs!

Overview of Cannabis Laws in Canada

Cannabis laws in Canada vary by province, but the general legal framework is similar across the country. Possession of small amounts of cannabis (up to 30 grams) is decriminalized nationwide, and medical use of cannabis is legal nationwide.

Cannabis was legalized for recreational use in October 2018. Each province has its own rules and regulations around cannabis use, including where it can be purchased and consumed.

The average price of weed in Canada varies depending on the province you are in. In general, the prices are higher in the western provinces and lower in the eastern provinces. For example, a gram of weed costs an average of $8 in Quebec but $10 in Alberta.

The main reason for this difference is the cost of production. Producers in western provinces have to deal with higher costs associated with things like electricity and transportation. This means that they need to charge more for their product in order to make a profit.

The average price of weed in Canada is determined by a number of factors, including the quality of the weed, the quantity being purchased, the location of the purchase, and the method of payment.

The quality of weed is determined by its THC content, with higher THC levels indicating better quality. The quantity being purchased also affects price, with larger quantities typically costing less per gram. The location of the purchase can also impact price, as weed is typically more expensive in larger cities. Finally, the method of payment can also affect price, with cash typically fetching a lower price than other methods.

The cost of weed in Canada varies depending on the type of weed, the quality, and the quantity. The average price of good quality weed is around $10 per gram. However, the price can go up to $20 per gram for top-quality weed.

The most popular type of weed in Canada is BC Bud, which is also the most expensive. A gram of BC Bud can cost anywhere from $12 to $20. Other popular types of weed include Afghan Kush and White Widow, which typically cost between $10 and $15 per gram.

Cheaper types of weed include shake and trim, which can be found for as little as $5 per gram. However, these types of weed are not as high in quality and may not be worth the lower price tag.

Impact of Legalization on Prices

The average price of weed in Canada is $7.50 per gram, but prices vary depending on the province or territory. In some provinces, like Alberta, the average price is closer to $10 per gram. The impact of legalization on prices is difficult to predict, but it is possible that prices will decrease as more legal dispensaries open and the black market is gradually eliminated.

Legalization may also reduce the cost of production, as producers become more efficient and have access to more technology. This could lead to lower prices for consumers. However, legalization will also likely cause taxes to increase on cannabis products, so the overall impact on prices is uncertain.

There are a few ways to obtain weed without purchasing it from a licensed dispensary. The first is to grow your own at home. Home cultivation is legal in Canada, provided you only grow up to four plants at a time. You can also get weed from a friend or acquaintance who grows their own, or who purchases it legally from a dispensary. Finally, there are illegal sources, such as drug dealers, who sell weed without a license. While these sources may be cheaper than purchasing from a dispensary, they are also riskier, as you could be subject to legal penalties if caught.

It is important to note that it is illegal to buy, sell or possess marijuana for recreational purposes in Canada. Therefore, it is best to stick with legal avenues for purchasing weed whenever possible.

The average price of weed in Canada varies greatly depending on the strain, quality, location and other factors. In general, though, the prices are fairly reasonable and buying marijuana for personal use is much cheaper than it was even just a few years ago. With all of this information in mind, Canadians now have a better understanding of where to buy their cannabis from and what kinds of deals they can expect when shopping around for the best price.