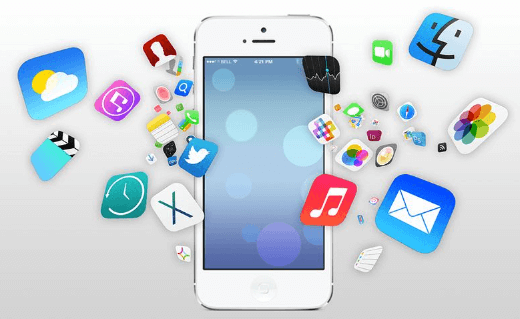 In this guide, we give you everything you need to know to create great apps with Apple’s iOS platform. You’ll learn the basics of Objective-C, get up-to-speed with Xcode, master Cocoa Touch, and gain a deeper understanding of the iOS operating system.

iOS is the most popular mobile platform in the world, and it’s no wonder why. With its intuitive interface and rich feature set, iOS is perfect for creating apps that can be used on both iPhone and iPad. In this book, you’ll start by learning the basics of iOS development, including the Objective-C programming language and Xcode. Next, you’ll move on to the iOS SDK, which provides access to the features of the operating system and lets you write apps that take advantage of them. Read More

What is iPhone and iPad Development?

Types of iPhone and iPad Apps

There are two types of apps available on the App Store: native and hybrid. Native apps are developed specifically for the iPhone or iPad. They’re written in Objective-C, C, C++, or Swift, and they use the iOS SDK to access the features of the device. Hybrid apps are written using JavaScript, HTML, and CSS, and they’re built using frameworks such as PhoneGap. Learn More

Native apps are more powerful than hybrid apps, but they’re also more complex. For example, they’re written in native code and they use the full power of the hardware. This means they can do things that hybrid apps can’t, such as run on the iPad Pro.

iOS development tools are what you need to create an app. The tools include the iOS SDK, Xcode, and other related tools.

The iOS SDK is the foundation of iOS development. It contains all the APIs (application programming interfaces) and tools needed to build apps. The SDK includes tools for creating apps, testing apps, debugging apps, and deploying apps.

Xcode is the official IDE (integrated development environment) for iOS development. It’s a graphical tool that lets you develop iOS apps using the Objective-C programming language. Xcode is free to download from the Mac App Store.

You can also use third-party IDEs to develop iOS apps. These include Eclipse, IntelliJ, and Visual Studio Code.

Objective-C is the primary language use to create iOS apps. It’s a superset of C, and it was originally designed for Mac OS X. Objective-C is a modern object-oriented programming language that uses the C syntax.

Cocoa Touch is the UIKit framework that lets you build apps for the iPhone and iPad.

A framework is a collection of code and data that you can use to build your app. There are several frameworks that let you build iOS apps. These include UIKit, Foundation, and Core Data.

UIKit is the framework that makes up the user interface for iOS apps. It includes classes that help you create user interfaces, such as buttons, text fields, labels, and tables.

Foundation is a framework that lets you add custom functionality to your app. It includes classes that let you manage user preferences, adds networking functionality, and create custom views.

Core Data is a framework that lets you store data in your app.

Before you start developing your first iOS app, you need to decide which type of app you want to create. You can create native apps, hybrid apps, or both.

After you’ve decided which type of app you want to create, you need to choose a development language. You can use Objective-C, Swift, or C to create your app.

Objective-C is the most popular programming language for creating iOS apps. It’s a superset of C, and it was originally designe for Mac OS X.

Optimizing Your iOS App for the Store

Your app must be optimize for the App Store before you submit it. This means that you need to make sure that your app works properly on the iPad Pro, iPhone 6s, and iPhone SE.

To test your app, you need to create a provisioning profile and install it on your computer. You also need to make sure that your app meets the App Store requirements.

You need to test your app before you deploy it to the App Store. Testing your app lets you make sure that it’s working properly on the iPad Pro, iPhone 6s, and iPhone SE.

If you want to publish an app for the iPad Pro, iPhone 6s, and iPhone SE, you need to use Xcode to create an app bundle.

Apple provides a service called Apple Push Notification Service (APNS). This service allows you to send messages to your users without having to download your app every time they want to receive a message.

You can use APNS to send messages to your users when you have new content available, such as a new blog post or a new product.

The Messages app on iOS lets you send messages to other users.

In order to use APNS, you need to register an application on Apple’s servers.

When you create a new app in Xcode, you can choose whether or not to use push notifications.

You can distribute your app through the App Store, the Google Play Store, and the Windows Store. Each of these distribution channels has its own set of rules.

The App Store is Apple’s primary distribution channel. It’s the easiest way to distribute your app.

The Google Play Store is the second largest distribution channel for Android apps.

The Windows Store is the second largest distribution channel for Windows apps.

Once you’ve created your app, you need to submit it to the App Store.

If you want to distribute your app through the App Store, you need to create a provisioning profile.

If you want to distribute your app through the App Store, you need to create a provisioning profile.

A provisioning profile is a file that contains information about your app. This information includes the app’s name, description, version number, and a list of devices that your app supports.

You need to create a certificate to sign your app. A certificate is a file that contains information about your app.

You can sign your app with your own certificate.