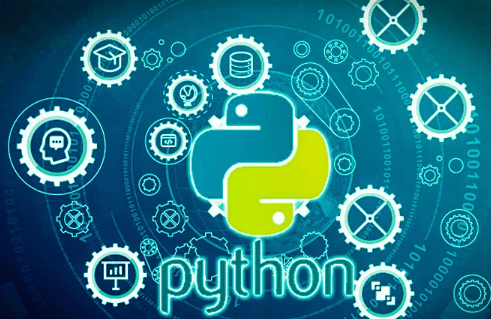 Python’s star has been on the rise over the past few years. Since 2016, Python has been the preferred language for university coursework, surpassing Java in popularity. And some predict it will soon become more popular than Java. Many factors contribute to its widespread acceptance. Read More

Python is an effective scripting language that is simple to read and implement because it is based on object-oriented programming. Because of this, having access to Python development services can be very helpful. When businesses don’t have time to train or hire Python developers in-house, they can use these services to quickly integrate Python code into their workflow. Read More

Python’s robust and efficient use of frameworks, libraries, and APIs is a major reason for the language’s continued relevance today, especially in fields like artificial intelligence. Here are some developments to keep an eye on if you’re considering learning Python or implementing a Python solution at your company.

As far as I can tell, Python’s use in data science is here to stay.

Recent years have seen a meteoric rise in the popularity of data science. Developers can expect high salaries and a lot of job satisfaction in this rapidly growing industry, as more and more businesses realise the value of having people with these skills. The foundation of data science is the concept of gleaning useful information and insights from massive datasets. It employs powerful algorithms and a myriad of resources to mine data for actionable business intelligence. Software development is a common definition of data science. The Data Science with Python Training Course is a great option if you want to learn how to use Python for data science. These types of courses will teach you the ins and outs of using Python for data science.

As a server-based language

As a server-based language, Python is ideal for this kind of work. Data science necessitates the use of a database to store massive amounts of data and the deployment of multiple servers to process this data in batches. Data visualization using libraries like Bokeh is is further justification for Python’s use, as presenting data visually is essential for gaining data insight.

This revolution and shift in programming paradigms is enabled by advances in machine learning, deep learning, and artificial intelligence (AI). This trend will continue to grow. Using Python or another programming language is a great way to accomplish this, as is evident in the sophistication of search engine algorithms like Google Search. Messenger bots are yet another example.

The ability of search engines to understand the natural language users enter when conducting a search is essential to their continued success. Chatbots need to use natural language processing (NLP) and voice recognition technology a lot more.

Thanks to its growing collection of libraries and variety of frameworks, Python provides a powerful means of programming these tasks, and its markup syntax and readability make it ideal for teamwork and rapid iteration of code. Python is used a lot in the modern development community because it can be changed more easily than other languages.

Python is likely to be used more and more in automation and batch processing.

Python’s support for scripting languages allows it to accomplish this. Top-level program  files are another name for scripts. In contrast to modules, which are pieces of code imported into other files, source code is executed directly by the user. Scripts are a huge help to automation because they can be used for batch processing.

Python’s adaptability and modular design make it an approachable and straightforward language for programmers of all levels. The language is simple to pick up, is highly readable, and provides plenty of leeway for use in cutting-edge fields like AI and robotics. Python is good for a wide range of applications because it has so many frameworks and other features. This means that any good Python development company can use a full set of tools.

Some of the most exciting developments in Python this year and beyond are those mentioned above. However, Python is a language for many tasks, and it has been around for a long time and is here to stay. It’s perfect for any job because of how easy it is to use and how adaptable it is.