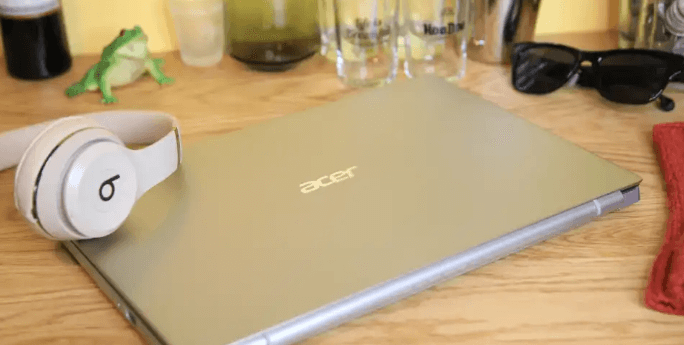 At least according to the CES crowd, this year’s already off to a roaring start. This year’s trend is thrilling because so many amazing high-tech gadgets are being released. Every piece of technology these days, from cellphones to laptops, advertises a bevvy of fancy features and specs. The Acer Swift 7 was one of the most eye-catching products shown off at the event. Read More

This year, nearly every laptop maker took the field in the premium category. But there are several ways in which Acer stands out from the crowd. This premium laptop, designed for working professionals, adds a new dimension to the laptop parade. You can get your hands on a premium Swift 7 for only $1,699 this year.

The aesthetics of this masterwork are likely the first thing that will strike you. The Swift 7’s refined appearance is unmistakable. The unibody chassis is unquestionably of high quality, having been constructed from high-grade materials. This ultraportable laptop is so small that it looks like it might fit in an envelope thanks to its modern and stylish design.

The SIM card slot and two USB Type-C connectors on the Acer Swift 7 are among the device’s many convenient features. Acer’s decision to include Type-C rather than Thunderbolt 3 ports has been criticised by some. However, this has zero effect on its efficiency. In the next part, we’ll dive deeper into the presentation. However, Corning Gorilla Glass has been added to make it even more appealing and durable.

The strongest of the strong

When it comes to laptops, Acer may have formerly been well-liked for its ability to produce thin models. With its latest workhorse, the company has once again effectively secured its reputation. When it comes to lightweight and portable notebooks, the Swift 7 has taken the crown. Thickness measurements of less than 0.35 inches make it clear that it is the best of its kind. The new version really is.004 inches thinner than the old one. Read More

Despite its shrunken dimensions, it retains all of its previous performance capabilities. For starters, we’ll talk about its interface. The clarity and vibrancy of its FullHD screen cannot be denied. Not only that, but the sound is absolutely mind-blowing thanks to the union of Acer TrueHarmony and Dolby Audio. The Swift 7 is more than capable, with its 1.30GHz Intel Core i7 processor, 8GB of memory, 512GB of storage space, Windows 10, and, most impressively, wifi speeds that are three times as fast.